The Zika virus was initially isolated in 1947 in a rhesus monkey in the Zika forest of Uganda. The first documented human outbreak occurred in 2007 in the Federated States of Micronesia and was followed by another outbreak in 2013 through 2014 in the nearby Pacific Island nations. The Zika virus outbreak in Africa, Asia, the Americas, and the Pacific has drawn attention to the virus in the media and medical community. As of February 10, 2016, 52 travel-related cases of Zika virus have been reported in the United States.

What is Zika virus?

Zika virus causes an infection that is mainly spread by the bite of tropical zika virus-carrying mosquitoes. It presents as a flu-like illness rather similar to dengue fever, but not as severe. Rash is a prominent feature. There is current concern because birth defects have been reported after zika infection of pregnant women. Pregnant women should take special precautions if travelling to affected areas.

What are the clinical features of Zika virus infection?

Zika virus infection arises about 10 days after a bite from an infected mosquito. It results in headache, mild fever, chills, conjunctivitis (red eyes), joint and muscle aches and rash. Other non-specific symptoms may include headache, fatigue, malaise, abdominal pain and vomiting.

The rash associated with zika virus is maculopapular (flat and bumpy spots), either morbilliform (small spots) or scarlatiniform (smaller ones). It starts on the face on the first day of illness and spreads all over the body. It begins to fade within 2-3 days and is gone completely within a week.

At the same time, the eyes become sore and red and may be sensitive to the light. 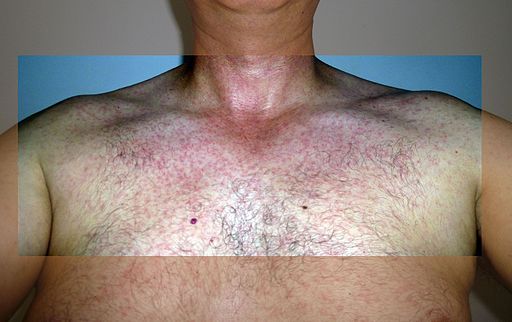